I was invited  for a Book Release function on "Baindla Katha Gaanam" by Sri Bonalu Prakash at Sundariaya Vignana Kendra  in Hyderabad.

Baindla Katha???? What is all about??? My curiosity to know about this art form made me to attend the function. Thanks to the organizers who even arranged for the Baindla katha performers by Ranjeet troupe from Khamman District of Andhra Pradesh.

Baindla Katha or Jamukula Katha as it is also known is performed by  Schedula Caste-SC groups in India. These performers and this folk performing art is found in more than six states in India like Andhra Praedsh, Karnataka, Tamil Nadu, Orissa, Chhattisgarh, and parts of Madhya Pradesh as per the analysis made by Prof. Jayadhir Thirumal Rao (Specialization in Telugu Bhasha Sahitya and Kalalu-Telugu Language, Literature, Culture and Folklore). Here in Andhra Pradesh there are two groups called Malas and Madigas in the Schedule Castes group. Both these performers are also known as Bavinidu or Baindla, perform this folk art form narrating chiefly Yellamma or Renuka devi stories.

The performers use a percussion instrument called Jamidika called in Telangana region and Jamuku in Andhra and Coastal region of Andhra Pradesh. 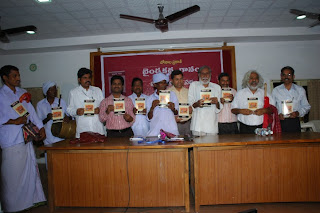 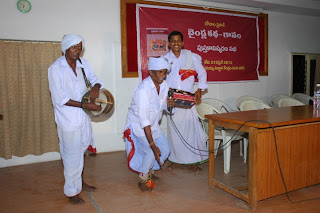 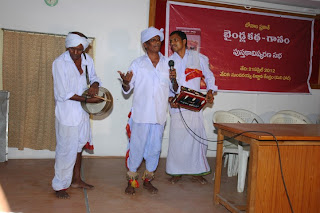 
It is quite interesting to know about the make of this unique instrument Jamidika. Early days, earthen pots were used and covered with the abdomen skin of dead ox, and the central nerve of the spinal cord of the ox is used as string that when moved with fingers gives the powerful sound penetrating which is equivalent to hundred canons. Later years, the earthen pots were replaced by wood and now metals like copper/brass/bronze are used for longevity.

The main signer ties the thick ankets  called "Kejjalu", He is accompanied by the one Vantha singer holding the sruthimani (sruthi is must for any music be Classical  folk--The singer's voice should match with its sound) and one Jamidika player. They bow to Goddess Yellamma and narrate her stories. This lady deity or Goddess Yellamma-Renuka devi is worshipped chiefly by low caste groups across the country. Of course, she is also main lady deity of the many families of upper castes too. In fact, special ceremonies and worships are conducted during marriages, birth of a child and even at the death of the family members. These performers sing, dance and narrate Yellamma's war against Kakatiya King Pratap Rudra. Is it  not interesting to know that this lady Goddess belongs to law caste group challenges and fights against Pratap Rudra??? This clearly indicates the role of woman of lower caste fighting for the injustice done by the rulers and kings. I see this as a strong willed and empowered lady like Sammakka-Sarakka.

They also narrate around ten-twelve stories continuously for five nights. These oral narratives are disappearing quickly before us and we are not making any attempt to save them in its original form. There are many artists who have derived much inspiration from these folk art forms and have adapted them to suit the modern period be it for awareness building or be it a revolutionary kind. But, for the performers this art from is main living and not just the art form.

I also wonder, when I think or get into discussion on various kinds of music and musical instruments. The wonder is all the musical instrumental sounds is now available in single instrument called CASIO-KEYBOARD. I am not sure whether the Jamidika instrument sound is also available on this or not. What would happen to all these instruments in due course?  No answer???

Like any other folk art from this art form shall also perish!?
at April 21, 2012

I am interested to Know more about Folklore and dance forms of India.
Why are they called Untouchables even now?

I am interested to Know more about Folklore and dance forms of India.
Why are they called Untouchables even now?

nice one and gud try but mala,madhiga and bindla these three casts are completely different to one another.

Thanks for your comment. I see the art form and not the caste. All these caste. Again, in different region they are classified differently.

You can also go through Mallanna Charitra

Namaste Venkat garu, Thanks for your suggestion. Sure to listen and watch Oggu Katha performance of Mallana Charitra
Regards
Sphoorthi

Aadi Masam (Masam-month) is the fourth month in Tamil Calendar and some people consider the month as inauspicious for humans and auspiciou... 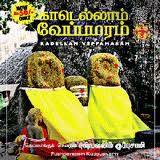